The Capitol of Hip

Forget the government. Shows like Human ’s in-store at Crooked Beat records are what really make great (Picture from myspace.com/humanbell). 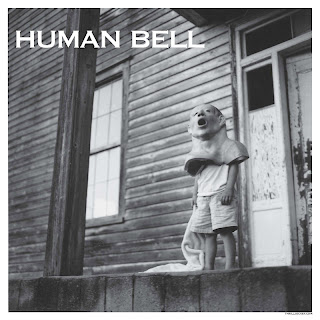 In Adam’s Morgan in there’s a little corner of cool called Crooked Beat records. To a rock snob it’s like a candy store in , carrying even the rarest releases from all of the most important art rock, punk, and indie bands of the last 25 years, and most of those from before. It’s also something of a shrine to ’s legendary punk scene, with a whole section devoted specifically to local groups from the well known like Fugazi and the Dismemberment Plan to the more obscure such as and The Nation of Ulysses. When ’s aging hipster elite start filing in for one of Crooked Beat’s periodic In-Store shows, it’s a bit intimidating. I was the youngest person at space rockers Human Bell’s show there in February, and with my short stature and greasy blonde hair, I looked it.

The mood at this show could only be described as hyper-intimate: Crooked Beat is very nearly a literal hole-in-the-wall, and feels even smaller due to the post-punk memorabilia encrusted walls. Human nearly packed Crooked Beat, but the total number of those present outside of the band could not have topped 15. I didn’t see any faces I knew but some I recognized, chiefly Stymphalian Birds’ jovially bald, bearded and rotund drummer, and Alec MacKaye, brother of Ian MacKaye and the weary punk on the cover of Minor Threat’s discography collection, and really just as accomplished and prolific of a musician as his brother.

As glad as I was to be there, I did feel a bit like an outsider among the midst of a secret society, though once Human Bell cranked up their vintage, elegantly beat Danelectro guitars, division was dead. Human , led by guitarists Nathan Bell and Dave Heumann (hence the name), play a style of post-rock that refreshingly rocks. It’s like Pink Floyd sans the bullshit, or perhaps Explosions In The Sky bathed in the smoky neon-lit cool of electric blues. There’s something undeniably urban about Human Bell’s sound; one cannot listen to them without imagining traffic lights on deserted city streets at three in the morning, changing for no one. With Human Bell’s droning yet tradition-rooted guitar riffs and heavy but never bombastic drumming, the band’s sound is much closer to Nathan Bell’s old band Lungfish than the solo work of Lungfish frontman Daniel Higgs. Go buy Human Bell’s self-titled album, preferably at Crooked Beat. Try and catch Human Bell live if you can. These are rare treats reserved for those who live in the Baltimore-Washington corridor, easily a hotbed of post-punk activity on par with or .

Human ’s self-titled debut is out now on Thrill Jockey records. Human can be found online at myspace.com/humanbell.